In Paris, you'll see beauty in all things from fashion and architecture to gardens. Even the performing arts, of which the Paris Opera Ballet is a favorite, produce absolutely beautiful results.

A French country travel experience awaits you in Provence with its fields of lavender and the idyllic villages. Provence is the perfect place for a romantic trip, as is the brilliant azur sea of the coast. Art lovers will also have much to enjoy from museums featuring the work of Matisse and Picasso.

Or, go for the green landscapes of the Loire Valley. It looks as if it were plucked right out of a storybook with historic villages and enchanting castles, some of which have been converted to hotels, along the slow moving river.

Vienna is a city of music. Composers Strauss, Mozart, Beethoven and Mahler each played a part in cementing Vienna's prominent place in music history. And with many opera houses, concert halls, and other venues, it's easy to get a feel for Vienna's long love affair with classical music.

The Vienna State Opera, for instance, delights audiences with ballet and opera performances and the Musikverein presents sold out classical concerts throughout the year.

Beyond music is the rich history of the Habsburg dynasty which you can see throughout Vienna from the stunning palaces and gardens to the churches.

But for a different pace, visit Salzburg surrounded by green hills or the country and lakeside towns that dot the region. 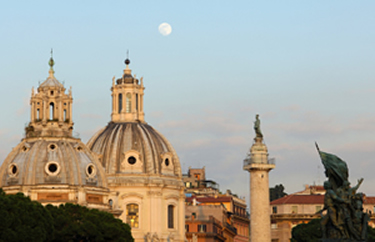 In Rome, the stones and dust of the ancient world sit amidst the rush of a modern city. You can walk on the same streets where Caesars walked and experience the same sunset over the forum. The city is a living museum. Beyond the ruins, there are bridges, buildings, and fountains designed during the Renaissance by some of the world's greatest artists such as Michelangelo and Bernini. In Florence, this birthplace of the Renaissance, some of the world's greatest works of art are found. Most were commissioned by the ruling Medici family before the 17th century. Florence can also claim some notable contributions the music world: the first opera performance and the invention of the first piano.

When you arrive, Venice appears as you might expect, as the movies portray it — beautiful, romantic. Even the paintings of the city in the museums are exactly as the scenes look today. But it's the little enchantments and the incredible history mixed with the mundane that are so unexpected. They are what make Venice so special - the deserted corner where you notice a garden, the absolute quiet as you walk down a narrow street, a quiet gondola ride past the house of Marco Polo.

Whether it's because of the soaring Medieval towers of San Gimignano or the cobblestone streets of Lucca, you'll feel transported to a different time in Tuscany. where quiet towns are set in the rolling hills. Stroll through charming villages, sample Chianti wine and dine on some of the freshest and most delectable dishes in all of Italy.

A design mecca, Milan has a sophisticated, international feel and draws throngs of shoppers to its designer boutiques. Enjoy opera and ballet at the famed Teatro la Scala where a number of famous operas premiered, among them Bellini's Norma, Verdi's Otello and Falstaff, as well as Puccini's Madame Butterfly and Turandot.

Among Europe's largest and most diverse cities, London has a population of some 8 million people speaking 200 languages. With this comes a tremendous array of activities for travelers including shopping and sightseeing.

For many, the big draw here is the West End where performances of musical theater, opera, dance, and plays are presented almost every day. Visit the sites of historic creators of the performing arts from the working theater replica of Shakespeare's Globe, the museum at the Royal Opera House, or Handel's baroque London. 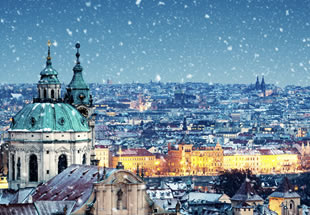 Having escaped the bombing of WW II, Prague is among Europe's best-preserved cities. From the spacious Wenceslas Square to Prague Castle looking down on the Vltava River, Prague is the very definition of old world charm.

But architectural beauty is not the only feature that attracts people to Prague. The city has a musical lineage on par with Vienna or Salzburg. Dvorak, Smetana, and Mozart all lived and worked in Prague.

Often our travelers like to include journeys outside Prague to nearby world heritage sites or perhaps Dresden in Germany.

KEEP UP TO DATE
Get travel inspiration and updates on upcoming experiences.

WHAT WE DO
We design completely custom trips to Europe. You travel independently, on the dates you choose, and enjoy the services of a travel manager every step of the way. 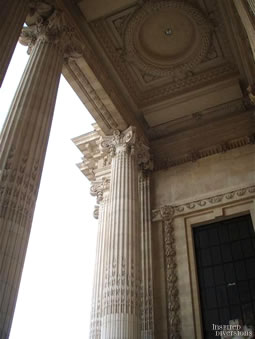 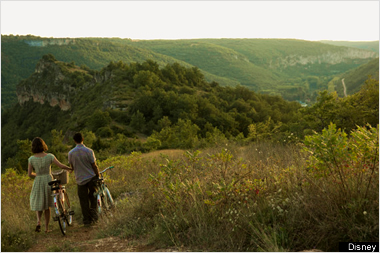 Read about the filming sites
X 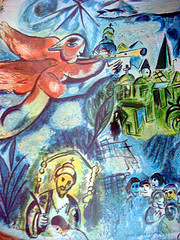 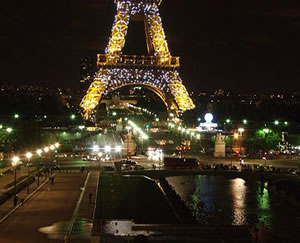 Find things to do at night in Paris