Ideas for Vacations to France

The flickering lights of the Eiffel Tower at night, the warm glow of the cafes, the paintings of the Louvre are images that the mere mention of France conjures up. In fact, that is how popular movies and guidebooks most often portray it.

Still, France offers other diversions for those so inclined. Experiences and places with character and color that will forever jump out in your memory as the special ways you spent your time in France. Some ideas include:

Visiting Castles in the Loire Valley 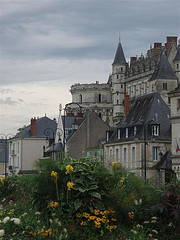 The chateaux of the Loire Valley were built mainly during the Renaissance, which gave them more grace and symmetry than their Medieval predecessors. Because many of the castles feature original or replicas of furnishings, objects and fabrics, a visit to the castles provides a glimpse into the life of French nobility.

The chateaux of Chambord, Chenonceau and Cheverny get all the attention. But other castles in the region, such as Chateau d'Amboise, Clos Luce, Chateau de Blois, and Azay-le-Rideau, are just as spectacular.

What's more, the castles are normally surrounded by fairytale-like French villages. A visit to the castle followed by lunch in a cafe in the adjoining town makes for the perfect day. The Loire Valley can be easily reached by car or guided tour. Rail is also possible, but only for certain chateaux.

To call Paris a good place to shop would be an understatement. Just about every major fashion designer has a presence here. In fact, Paris is the site of one of the world's four most important "Fashion Weeks" where designers present their collections. Shoppers from around the world descend on rue du Faubourg Saint-Honor? and avenue Montaigne, hoping to snatch up or, even just, to catch a glimpse of the latest haute couture designs.

If you ever wanted to look as chic as the French, this is your destination. Shop on your own, with a personal guide or with a small group for high fashion, housewares, and trendy or even vintage items at small boutiques.

With its deep ballet roots nurtured over hundreds of years, France is the perfect place enjoy this beautiful art form.

Start your trip to France in Paris for performances of the Paris Opera Ballet, for a brilliant repertoire, quality dancing and unparalleled artistry. The Paris Opera Ballet performs at the Palais Garnier, which, upon first glance of the inside, will take your breath away.

For a France vacation filled with special moments and beautiful experiences, take advantage of our France Trip Planning Service.

How to Travel Europe Without Tours

Where to See Chagall Works in France