Home > Articles >London Layover: What to do with 8 Hours in London

London Layover: What to do with 8 Hours in London

April 22, 2015
It's often said that half the fun of a trip is getting there, this is especially true if your plane makes a stop in London.

Whether you're headed to Italy or South Africa, you might have a long layover in London. But you don't have to spend it holed up at the airport. Hop off the plane; run into town; visit Buckingham Palace, Big Ben, Covent Garden; grab a pint and then head back to the airport. If you have more than six hours to spare, you can see London.

Things to Keep in Mind

When deciding what to see during your layover, allow yourself a reasonable amount of time to exit the airport and get through passport control and customs, which may take more than an hour. You'll also want to factor in enough time to return to the airport and go through security. The international terminal at Heathrow has two security checks.

Where to Leave your Luggage

The airports and major train stations offer a secure, baggage storing service called Left Luggage. Here, you can leave your luggage at a location within the airport that is locked and staffed at all times.

The fastest way into London is the express train - either the London Heathrow Express or London Gatwick Express. 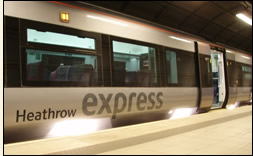 The Underground (Tube) is much cheaper, but it takes almost an hour to get to the city center from Heathrow. Many people happily pay more to ride the express trains for a quicker trip.

Consider buying an Oyster card to pay for the express trains as well as for transportation within the city. It's good for unlimited rides on the tube and buses and for riverboat discounts.  You pay an initial fee and then add more money to the card as you need it, whenever you need it. It's the cheapest way to pay per ride. Plus, it enables you to zip through the entrances at the tube stations and onto buses without the hassle of having to pull out and count money to pay for each ride.

What to Do in London in Under 8 Hours - Layover Tours

Sightseeing  Bus - A good orientation for first-timers, the hop-on, hop-off bus gives a commentary of the sights as you pass them. This is a good option if you're jetlagged and not up to a lot of walking. The beauty of this bus is that you can get off at any point, spend time there, eat, and then get on the next bus for no extra charge to continue on the tour. You won't miss a thing. The ticket for the bus also includes free walking tours and a hop-on, hop-off cruise on the Thames.

Westminster and Big Ben - Take the tube to Westminster station. When you emerge from the station you will be looking straight up at Big Ben. A walk down the street will bring you to Westminster Abbey. 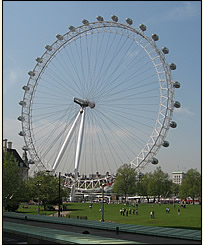 London Eye - The London Eye is a five minute walk from the Westminster and Waterloo tube stations. At 135 meters, the world's tallest ferris wheel offers stunning views of London and the Thames in an air-conditioned capsule.

If sleeping after a long flight sounds better to you than sightseeing and walking around the city, consider the Yotel. The Yotel, located in Heathrow's terminal 4 and Gatwick's south terminal, is a micro hotel with small rooms where can rest for a short time, à la Japanese capsule hotel. Each "room" has free Internet, a bed, a flatscreen TV, and a shower. You can book for a minimum of four hours. It's perfect for freshening up before the next leg of your trip.

9 Ways to Save Money on Your Trip to Europe

How to Save on Flights to Europe: Europe's Low-Cost Airlines