The Phantom's Underground Lake and other Mysteries of the Paris Opera

We often get questions from travelers planning to tour the Palais Garnier in Paris about the myths surrounding the story of the Phantom of the Opera. The Phantom's lair (the "lake"), the fateful chandelier, a buried body all provide mystery enough to enthrall visitors.

Curators of the Palais Garnier museum and exhibits recently shed some light on legends of the Phantom. 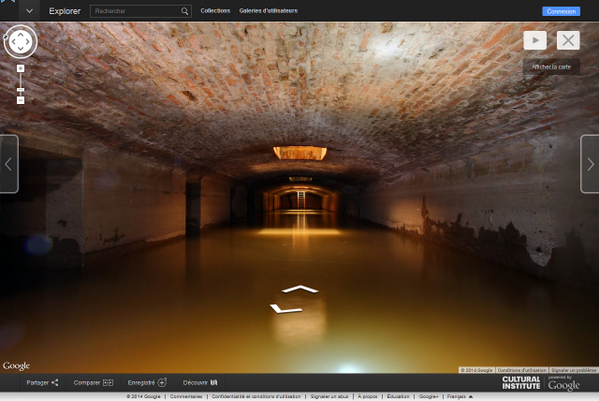 View of the actual "lake" beneath the Palais Garnier

When contruction workers began building the opera house in the 19th century, construction was stopped by the discovery of marshy, wet land (the "lake") at the site. Finding it impossible to pump the land dry, the workers created a large tank to hold the water. The curators go on to explain the inspiration for the moment in the Phantom of the Opera when a chandelier falls on an audience member.

Today, the tour of the Paris Opera House does not include a visit down to the water beneath the opera house. Still, the tour is a wonderful way to learn about the history and enjoy this stunning, architectural treasure of Paris.

Or, if a trip to Paris is not in your plans, street view in Google maps offers a virtual tour.