In addition to locations within walking distance of opera houses, this selection of luxury hotels have a special connection to music and opera.

Among its many distinguished guests such as Maria Callas, Rudolf Nureyev, Enrico Caruso, and Richard Wagner, composer Giuseppe Verdi, who lived at Grand Hotel et de Milan for more than two decades, composed operas in the suite that today bears his name.

Following the premiere of Verdi's 'Othello' at La Scala, the public was so enamored with the composer that his carriage was detached from the horses and pulled by the people to the hotel. Once back at his apartment, he then stood at his balcony with the tenor Tamagno as he sang for the crowd below. His suite today maintains the furniture and decor of the time.

In 1902, the voice of tenor Enrico Caruso, who stayed at the hotel during his run at La Scala for Toscanini's "Germany", was recorded for the first time in an apartment at the Grand Hotel et de Milan. Maria Meneghini Callas stayed frequently often at the hotel in the 1950s while performing at La Scala.

Only a five-minute walk from La Scala, various rooms of the hotel honor the work of famous composers and artists. All rooms feature period furnishings and architectural details.

Near the Charles Bridge leading to the Estates and National Theatres in Prague, this boutique hotel serves as a fitting tribute to the art of music in a city that was home to so many musical greats. 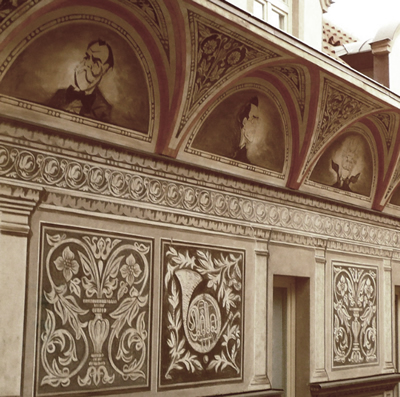 The foyer of the hotel with its Petrof Grand Piano provides a sense of what's important to the guests and to the hotel's founders, music. Each of the hotel's floors and rooms are dedicated to a different genre of music from classical to jazz or to an artist from Bernstein and Sinatra to Maria Callas and Mozart or Ella Fitzgerald and Louis Armstrong. Each room features a library of the artist's work, along with books, prints. You'll also be treated to an iPod preloaded with hundreds of songs and, from some rooms, views of Prague's oldest baroque garden.

While other hotels may feature a butler or pillow concierge, this one has a staff musicologist, an Ambassador of Music, on hand for personalized music recommendations. 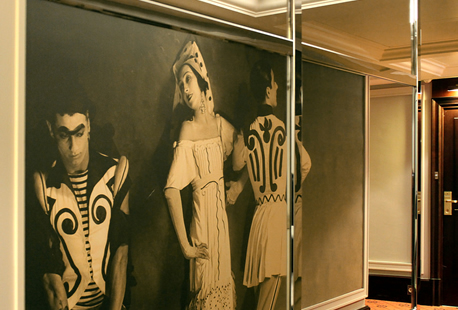 Though the hotel is most associated with the birth of cinema as the location of the first Cinematograph screening by the Lumi?re brothers, the hotel's name honors Eug?ne Scribe, a librettist who worked with composers Verdi, Rossini, Donizetti, Offenbach among others.

In addition to being surrounded by theatres, Op?ra Garnier, which is steps away, the music hall Olympia, Com?die Fran?aise, the Op?ra Comique and the Ga?t? Lyrique, the hotel has dedicated suites to important artists who stayed at the hotel. For instance, Josephine Baker, and Serge Diaghilev, founder of the Ballets Russes, all lived in the hotel.

A Ballet Lover's Excursion to Milan